When Mr. Lou started his small transport business with only four tracks, he thought he would make it. His business was growing even exactly as planned. Mr. Lou was happy. But after sometime, he noticed something unusual. Surprisingly, actual bills were quite higher than estimated costs. Mr. Lou made a mistake then by not inquiring further. After one and half year later, fuel expenses went so high that the business just stopped to generate a substantial profit. He had to abandon his business ultimately. What he failed to detect timely, a small section of his employees was stealing fuel regularly and that stolen amount staked on the actual bill. In a business where 31% of total expenses are fuel costs, that extra expense was the fatal blow. You can save yourself from similar outcome by reading these 4 measures against fuel theft. 4 ways to stop fuel theft One of the recent market research revealed around 8% of all diesel get stolen by either a small section of drivers or outsider fuel thieves. In year 2015, that small 8% translated to total of $10 billion dollar in US only. Here is the 4 ways to cut fuel theft and prevent loss of such huge amount of money. Educate your employees: Let’s get real. You can’t watch over your vehicles all the time. It is your employees who usually use and take care of the vehicles and are the perfect starting point to launch your campaign against fuel theft. You can start with discussing about the threat of fuel theft and how it impacts the profitability and job security with your drivers. Explain to them the systems the company has implemented to protect against fuel theft and to make vehicles less easy targets for fuel thieves. Take the opportunity to remind them of basic vehicle security, such as parking the vehicle securely at night and making sure fuel tanks are locked. Install fences, lighting security cameras in yards or parking places: Do you know that deserted parking places at dark hours are the favorite field of operation of fuel thieves? Actually 60% of all incidents of fuel theft by outsider thieves take place in such areas. You should invest in installation of fences, lighting and security cameras in your yard or parking places for enhanced security. Well-lit and secure parking places are usually are visible and any suspicious activity is harder to pull off there. Even after that if someone tries to sneak in and steal your fuel; you will have security cameras as last line of defense. Defensive parking: If you secure your own parking spaces, you can reduce fuel theft for sure. But what about public parking spaces; another favorite hunting ground of fuel thieves! Defensive parking is an effective measure to protect your vehicles in such places. The term stands for the ways of parking strategically so that fuel thieves don’t get direct access to fuel tank. For example, your driver could park the vehicle along the sides of the wall or between other cars so that no one can reach to fuel tank easily. Though defensive parking serves as the first line of defense, you should get fuel tank locker and similar measures for better protection. Invest in a sophisticated GPS tracking system: Since fuel thieves always prefer to do their work in small bits, in most of the cases, authorities find out only after significant damage is done. GPS tracking systems, along with its other advantages, is an effective way to identify even smallest inconsistencies in fuel usage. These sophisticated systems track the speed, location and distance covered and you can calculate whether your fuel bills reflect the real-time reports or not. For example, our own location based mobile apps solution; GoCabs offers visual real time locations of your vehicles. Access the admin dashboard and open “Route draw” option to view location, time and speed of your vehicles. You can gather those reports and calculate the estimated fuel cost. If that figure doesn’t match with actual fuel bill received, you should be alert.

The developers of GoCabs are also working on features like kilometer report, ignition report and stoppage report.  Such features will help the fleet owners to get more precise picture of fuel usage. In conclusion, fuel theft in a long run can put on a lot of pressure on your business. Unfortunately both your employees and outsiders could be the reason behind this. However, if you choose to become more aware, take preventive measures and educate the employees, you can surely cut down the fuel theft. 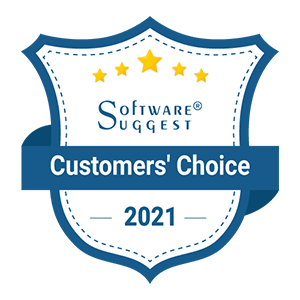